(313) 982-0010
(313) 982-0010
Do you need a lawyer or attorney for Michigan Drug Arrest? Hiring an criminal defense attorney in metro Detroit who is experienced in handling drug and marijuana possession charges and offenses in the Wayne county area where the drug offense took place is frequently beneficial to criminal defendants.
There are a lot of people arrested on a daily basis for using, possessing, manufacturing and delivering drugs. Below is a brief list of criminal drug charges.
These drug charges may be classified as Felony or Misdemeanor, depending on the amount and type of substance:
Drug Possession
Drug Manufacture
Drug Delivery
Drug Distribution
Drug Trafficking
Drug Cultivation
If you've been arrested, you need to remain calm yet take quick action. During your arrest, you should cooperate with police officers and remain silent. Failing to do so could cause you to harm your case. And after your arrest, you need to get in touch with a local criminal lawyer as soon as possible.
Drug Possession in Michigan
Drug possession in Michigan is a crime that can involve several substances and be charged in varying degrees, but one common denominator is that possession of a controlled substance is a serious charge. Michigan laws state explicitly that:
It is unlawful for any person to knowingly or intentionally:
Possess a listed chemical with the intent to unlawfully manufacture a controlled substance;
Possess or distribute a listed chemical knowing, or having reasonable cause to believe, that the listed chemical will be used to unlawfully manufacture a controlled substance;
Any person who violates this section is guilty of a Felony of the Second Degree.
There are different amounts of controlled substances that decide whether possession of them would warrant a felony or misdemeanor charge, and they are listed below:
Cocaine: Possessing more than 10 grams is a felony;
Marijuana: Possessing more than 20 grams is a first-degree misdemeanor;
Heroin: Possessing more than 10 grams is a felony;
MDMA: Possessing more than 10 grams is a felony.
Michigan statutes define drug trafficking as:
Any person who knowingly sells, purchases, manufactures, delivers, or brings into this state, or who is knowingly in actual or constructive possession of (a controlled substance). These are felonies in nature, and they carry significant prison terms as consequences.
Smuggling
Drug smuggling is the act of transporting any controlled substance into Michigan illegally with the intent to either distribute or possess said controlled substance. Given that these issues often involve crossing state lines, these offenses are often federal in nature, and federal sentencing guidelines are very serious in nature.
Intent to Distribute
Being charged with possession of a controlled substance with intent to distribute adds a degree of seriousness to any drug-related charge. Several facts could lead to this charge, including storing these controlled substances in several small packages or even a notepad with phone numbers and schedules being found in the defendant’s home.
Israa Zaher represents clients facing the following kinds of drug charges:
Drug possession
Marijuana
Cocaine
Heroin
Meth
Ecstasy
Illegally obtained prescriptions
Precursor chemicals
Drug smuggling
Narcotics trafficking
Trafficking
distribution
Smuggling drugs
Manufacturing drugs
Stolen prescription drugs
If you or a family member has been charged with a drug crime, call TOLL FREE (866) 797-6644 to contact our criminal law attorneys tostart working on a strong legal defense today.
We Defend Drug Crime Cases in MI
1-866-797-6644 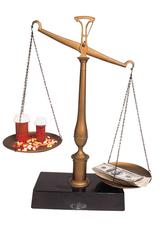 Charged With Possession of Drug Paraphernalia in Metro Detroit?
Contact Our Michigan Drug Crime Attorney.
Don't Believe It Is Not a Serious Crime
We represent clients throughout Metro Detroit area who have been arrested for drug crimes. We take on cases involving any type of illegal narcotic or prescription drug. If you have been charged with possession of an illegal drug such as heroin, PCP or ecstasy, it is in your best interests to contact our Michigan drug crime lawyers. Depending on the amount of the drug that you are caught with, authorities may also charge you with possession with intent to distribute. The state of Michigan  treats possession with intent to distribute as a felony offense that is punishable by prison. If you are caught in the act of illegal drug distribution, the penalties will vary depending on the type of drug. If you are caught distributing cocaine, crack or another illegal drug in the vicinity of a school, church or recreation center, you may face enhanced penalties.
If you have been arrested and charged with a controlled substance violation such as marijuana, crack, cocaine, heroin, prescription drugs such as vicodin, oxycontin and other analogues, or any other illegal drug, it is important that you talk with an experienced Drug Crime Lawyer and Attorney who can provide you the best drug crime defense possible. As a drug crime defendant, you have many rights but you must have a Lawyer who understands how to protect those rights and understands the drug laws. We work aggressively to protect your criminal record and your future by providing you the best drug crime defense possible.
WE Have Good Results
MICHIGAN AND FEDERAL DRUG AND CONSPIRACY OFFENSES
In Michigan and federal laws both provide for vigorous prosecution of all drug and drug-related offenses, such as possession, importation, cultivation, sales, distribution or trafficking. Criminal penalties related to drug charges have become increasingly severe. These penalties may include:
Jail or prison
Forfeiture of assets, cash, bank accounts and property
Court fines and costs
Suspension or even Revocation of professional                 licenses
Probation, parole or supervised release (federal)
Mandatory drug counseling
Driver's license sanctions
Employer notification
Mandatory drug assesssement and rundom testing
Loss of scholarships, financial aid for college and even      some loans such as business lone called SBA
Call our Michigan Drug Arrest Lawyer - Possession, Trafficking, Selling, Manufacturing, Conspiracy ..............................
We offer night and weekend meetings (by appointment only).  All major credit cards are accepted and flexible payment plans are available.
erving clients throughout Michigan, including residents of the following:
Ann Arbor
Birmingham
Bloomfield Hills
Brighton
Canton
Commerce Township
Dearborn
Dearborn Heights
Detroit
Farmington Hills
Fenton
Howell
Keego Harbor
Livonia
Novi
Orchard Lake
Plymouth
Pontiac
Redford Twp.
Riverview
Romulus
Royal Oak
Southfield
South Lyon
Sylvan Lake
Taylor
Troy
Walled Lake
West Bloomfield
Wixom
Wyandotte
Ypsilanti
Contact Our Michigan drug possession defense attorney if you have been charged with drug possession and are seeking an aggressive, knowledgeable lawyer to fight for you in court.
Each case has unique set of facts and circumstances, and in order to defend a drug possession charge successfully in metro Detroit, it is very important that an attorney has the opportunity to thoroughly review the evidence against you, as well as the details of your arrest.  In many cases, overzealous law enforcement has violated correct police procedure or your rights as a citizen during the arrest.  One is often charged with drug possession on a theory called "constructive possession," which is simply a legal theory where the prosecutor attempts to secure a conviction without proving that you actually owned or possessed the drugs.  You should contact our criminal defense lawyers as quickly after your arrest as possible to determine how best to move forward with your case.
Detroit Office Location: 18551 W. Warren Ave., Detroit, MI. 48228
DETROITCRIMINALDEFENSEATTORNEYS.COM
24300 Southfield, Ste 210
Southfield, MI  48075
1-248-281-6466 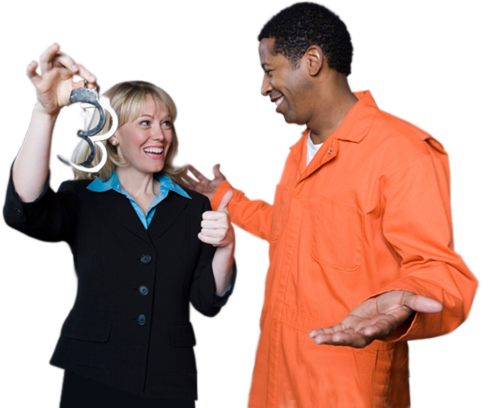